Chicken snakes always seem to eventually show up when you have chickens. I usually like having them around since they are also known as rat snakes for a good reason. The trick is to gather the eggs regularly so they feed on rats and not on your eggs. If they get an egg or two every now and then, that’s OK with me. It’s part of the entertainment value of having chickens.

These were taken several years ago in my first chicken coop. 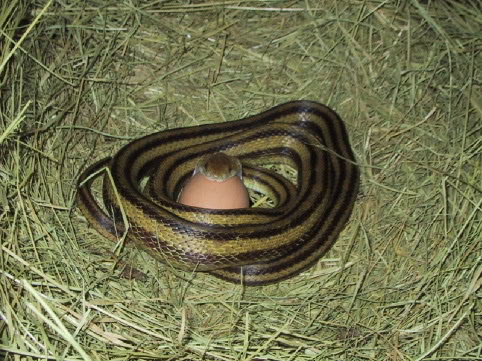 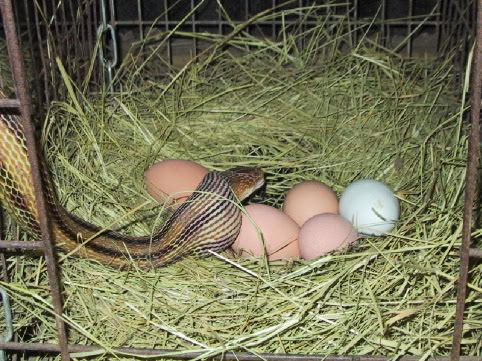 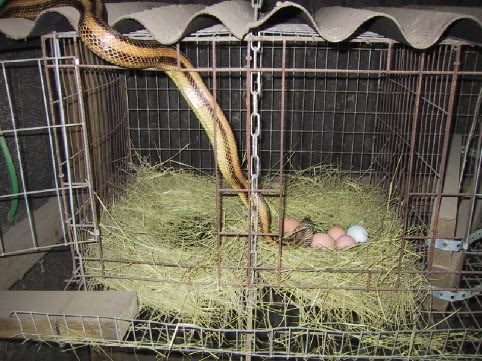 Once the snake has found the eggs, nothing seems to disturb his meal. I set up a camera and tripod and took a whole series of photos, and he completely ignored me. The process actually takes quite a while. Smaller snakes will circle the egg and then use their body to push against to force the egg into his mouth; larger snakes simply grab it and swallow. The egg eventually works its way down several inches until suddenly it breaks. You can actually hear the egg breaking as the lump flattens out. A bit creepy, perhaps, but fascinating nevertheless.

The white “egg” in the photos is plastic. Snakes are never fooled.