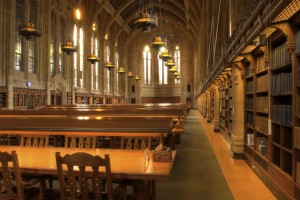 I have been collecting reprints of old books and documents that recount the experiences of those who lived through the War for Southern Independence and the times immediately before and after. Most of these were downloaded from Archive.org and you may want to do your own searches there to find what you’re looking for. These will serve as a good starting place though.

Some of these touch on subjects that have nothing to do with Southern Agrarianism, and some probably shouldn’t even be included here. I have only looked at a small handful of these files. If you find something you disagree with or you think shouldn’t be here, please don’t assume the worst – just close the file and keep looking. These are here to provide a glimpse into the world of those living in a different time, with all their failures as well as their successes.

Click here for the complete listing of documents in the collection. Most are in PDF, but some are in TXT format.

Click here for a listing of documents specific to growing food. Most are in PDF, but some are in PNG format.

Click here for a three-sermon series on what The Bible says about slavery, from the Book of Philemon. It is more about what God says about obedience to authority, but the example used is a master/slave relationship. Since Southern culture is constantly attacked over the issue of slavery (which ended here over 150 years ago, but is still practiced in parts of Africa and other parts of the world), it is important to know what God says on the subject.

This is a short video about the change in The South from an agrarian to an industrial society.

Live With Chivalry. Lessons to be learned in this video. Unfortunately, it is also promoting the drinking of alcohol; however, I can overlook that in something that promotes chivalry and gentlemanly aspirations.